In mid-February 2019, a staff officer of an organ of the Guangzhou Military Region went to a subordinate unit to conduct a confidentiality inspection. When he checked the network settings of a laptop in the office building, he found that a WiFi signal jumped out from time to time. He quickly opened the network settings interface and found that the "Automatically connect to wireless network" option of the computer was turned off, and the WiFi signal was weak and unstable, so he was a little relieved. He immediately informed the security officer to turn off all computers with wireless network cards in the office building, and probed and analyzed the source of WiFi signals in the office and camp.

The source of the signal was quickly found. It turned out that the department is located in a prosperous area of ​​the city. A new cafe has recently opened on the commercial street next to the camp area, providing WiFi service, and the signal covers the camp area. Fortunately, the other party has a password. If there is no password, the computer with a wireless network card in the camp can automatically connect. He then went to the surrounding walls of the camp to further detect wireless signals. A total of 3 WiFi signals marked with personal user names were detected near the residential area, but the signal strength was weak and did not cover the camp area. Subsequently, the ministry removed or turned off the wireless Internet access function of all computers in the office area to block leaks from the source.

The fact that the local WiFi signal covers the military camp has attracted great attention from the party committee of the army. The secrecy committee immediately held a situation analysis meeting to conduct a special study and deeply analyze the various problems brought about by the development of wireless networks to the army's information security. Subsequently, they used this case as a fresh teaching material, organized a special education on "the hidden danger of computer wireless networking", and invited confidentiality experts to give a demonstration of "secret stealing" on the spot. At the demonstration site, experts used laptops to build a WiFi network and operated special software to successfully connect to the target computer. Just in front of the officers and soldiers, the simulated secret-related documents in the computer were stolen, tampered with and deleted remotely... After the demonstration, the publicity officer said: "It seems that our traditional concept of confidentiality needs to be updated in time, otherwise it will be leaked. kept in the dark." 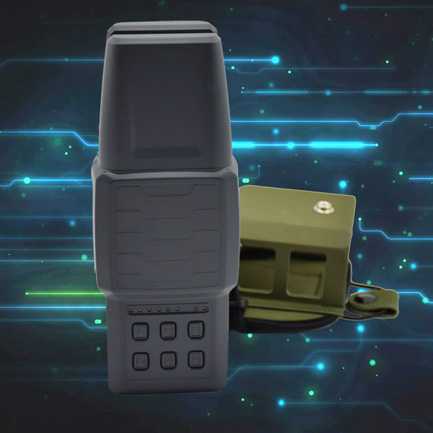 In addition, the army has specially formulated and issued the "Regulations on the Management of Wireless Networks in the Camp Area", which stipulates that all computers involved in secrets shall not be equipped with wireless network cards or have wireless Internet access functions turned off, so as to eliminate the source of hidden dangers of leakage; After the barracks are built, the wireless network signal test must be carried out by the secrecy committee before they can be put into use.