The school installs mobile phone signal blockers in the dormitory

In order to prevent students from playing mobile phones in the middle of the night and affecting their rest, Wuxi Meicun High School recently installed mobile phone signal jammers in the boys' dormitory building. In this regard, some students applauded, thinking that the school is for their own good; some students think that this is the performance of the school's distrust of the students, and the signal isolator has radiation, which will have a bad impact on the students' health. On this issue, the opinions of the parents are basically unified, that is, they agree with the school's practice; as the competent department, the Education Bureau does not encourage this, and it is up to the parents to decide whether to install a cell phone signal jammer in the school.

Yesterday afternoon, the reporter came to Meicun High School and asked three students of the school outside the school. They all said that they had heard that the school had installed signal jammers in the student dormitories, but since they did not live on campus, they had never seen these signal shields. device. Subsequently, the reporter contacted the principal Zhu Yimin, who did not deny that the school installed signal jammers in the boys' dormitory.

"The student dormitory has 3 male dormitories and 3 female dormitories, each with five floors, and most students live on campus. Every night at 9 o'clock, after students return to the dormitory after their evening self-study, the teachers of each class will inspect the dormitory. The dormitory has been used at least twice. Some time ago, when the teacher inspected the dormitory, he found that some students were using their mobile phones to surf the Internet under the covers, and some were still on the Internet at one or two o’clock in the middle of the night.” Zhu Yimin said, in order to prevent students from playing mobile phones in the middle of the night, let them rest Even better, a few days ago, the school installed a batch of cell phone signal jammers in the boys' dormitory. Because of the tight schedule, the school has not had time to apply for permission from the relevant departments.

"The installation of mobile phone signal jammers does not affect the communication between students and the outside world." Zhu Yimin said that the school originally installed a landline phone on each floor, but now it has installed one in each dormitory, so students have to call home Phone is still very convenient. 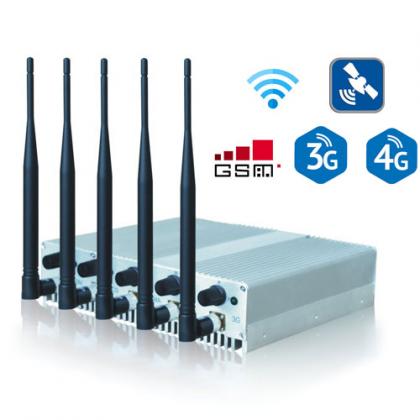 There are pros and cons to worry

The installation of signal jammers in student dormitories has caused a lot of controversy on and off campus.

Netizen "meicunhr" said: "It's great, it's time to rest at night." This statement was agreed by some netizens.

The reporter interviewed a number of students and parents off-campus, who had different opinions on the installation of cell phone signal jammers in student dormitories.

Student Xiaoqin said: "I live off-campus, so it doesn't matter to me whether I install a signal jammer or not. But the school does this for the students, and wants them to have more rest."

Student Xiao Li said: "The school doesn't trust students by doing this. After all, there are very few people who are late online. In addition, it is also useful to browse the web occasionally to understand current affairs."

5 out of 6 support the school

Mr. Xue, the parent, said: "There are too many things to play online on mobile phones, and the temptation is too strong, and students are not strong in self-control, and it is difficult to resist these temptations, so it is very useful to install a mobile phone signal jammer, and at most It will take three years." The reporter then interviewed 5 parents, and 4 of them agreed with the installation of signal jammers.

A person in charge of student work at the Wuxi Education Bureau said: "The starting point of the school's installation of mobile phone signal jammers is good, so that students can get enough rest. However, the jammers have radiation, and we must pay great attention to whether they are safe and standardized. Whether to install or not also requires parents to express their opinions. Because the dormitory is different from the examination room for the college entrance examination and the recruitment of civil servants, there is no need to block mobile phone signals. Generally speaking, the installation of mobile phone signal blockers is not encouraged. The school can strengthen publicity and guide students to improve their self-control , and encourage students not to bring cellphones on campus."

Cheating upgrade can be called a high-tech "spy war" Who will ensure fairness in the exam? After using the signal jammer, there is still a signal, what could be the cause?