The signal shielding device is shaped like a suitcase, with two long poles standing on its black main body.

According to the police, once the shielding device is turned on, all mobile phone signals and wireless signals within 50 meters will be blocked. "This is to prevent criminals from using remote control to detonate. Once the instrument is turned on, there is no signal, and criminals can be prevented from remotely detonating the bomb," the police said. 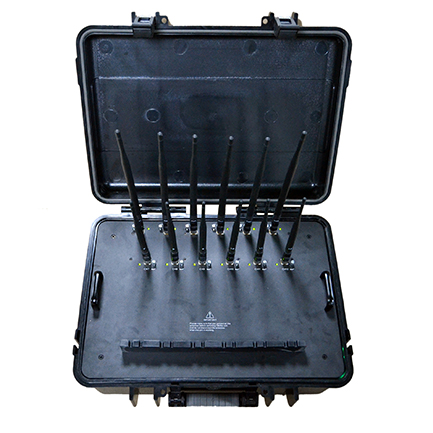 Nowadays, all kinds of jammers are common in the market, and everyone's cognition of jammers is uneven. What kind of understanding should we have on the shield?

The third point: Everyone thinks that the mobile phone signal blocking interval is a hard indicator. In fact, the interval is not an absolute value. It is related to the strength and quality of the signal in space. That is to say, the interval is meaningless. The same shielding power, if the interval is weaker at 100m - 70dB, then only 12.5m at the strong -52dB. The shield spacing is related to the antenna gain. And the same power shielding host applies different gain antennas, and its interval will be very different. For example, antennas with a gain of 16 dB are separated by 100 meters, and antennas with a gain of 4DB are separated by only 25 meters.