Now, I will give you a general introduction on how to choose a signal jammer and how to use it correctly.

The principle of thecell phone signal jammeris to use broadband to transmit interference signals to interfere with the mobile phone's uplink signal to achieve the function of shielding the work of the mobile phone. Therefore, it is a signal emission source in itself. Since it is a signal emission source, there is naturally radiation. The current shielding device has a transmission power ranging from 1W to 480W according to the needs of use. How strong is this transmission power? For comparison, the maximum transmit power of a GSM mobile phone is 2W, and the usual transmit power of a GSM macro base station is between 20W-40W. The transmission power of the shielding device generally used for examinations and meetings is between 10W-60W. 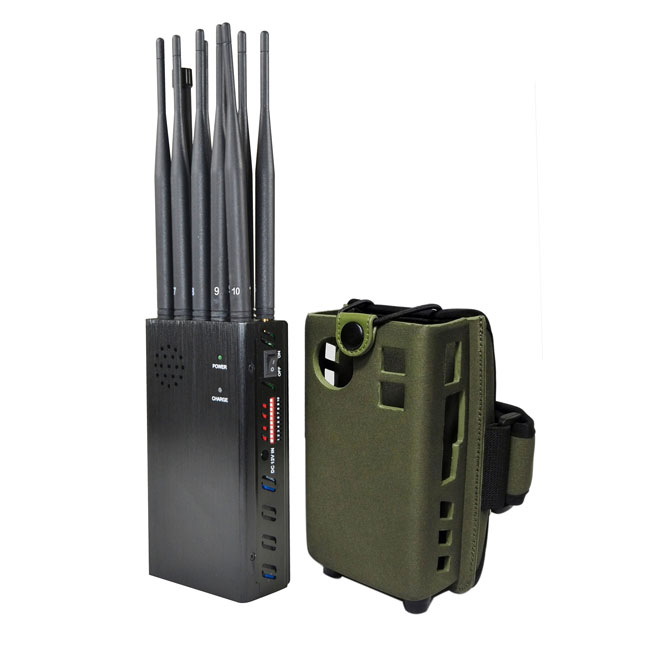 Under normal circumstances, for general exams and small meetings, choosing a mobile phone jammer with a 2W-10W transmit power can achieve good results. However, according to our investigation of major schools and important meeting locations, many places are often one-sided pursuit of high-power jammers. For example, a school with more than 20 classrooms installs a jammer in each classroom and selects them. It is a 30W transmission power, and after the exam, due to inadequate use, a small amount of shielding devices are often not closed in time, and the transmission continues for several weeks. Especially in a certain elementary school, after a certain exam, the shielding device has not been turned off for 2 weeks. It was not until we checked the scene that the shielding device was continuously turned on on the side of the classroom podium full of pupils in class! This really made us sweat!

Therefore, I strongly appeal to all major units that need to use mobile phone signal jammers:
1. Do not blindly choose a high-power jammer. For a classroom, choosing a jammer with a 2W transmit power is enough to achieve the shielding effect.
2. After finishing use, be sure to close the shield in time to avoid continuous radiation.
3. Be sure to choose a jammer produced by a regular manufacturer. The jammer produced by an informal manufacturer often deliberately increases the transmission power in order to pursue a good shielding effect.
For the health of you and your family, please forward the news, thank you!

Jammer Selection Guide What is radiation? Does the radiation of the communication base station affect people?